ABC’s of the Keto Diet

I am are a participant in the Amazon Services LLC Associates Program, an affiliate advertising program designed to provide a means for me to earn fees by linking to Amazon.com and affiliated sites.

This post may contain affiliate links, which means I may receive a commission, at no extra cost to you, if you make a purchase through a link. Please see my full disclosure https://thefitnessmink.com/contact for further information.

What is a Ketogenic Diet?

Ketogenic diet is know for low intake of carbohydrates and high intake of fats. Its physiological effect is based on the action where the body starts to produce ketone bodies from fatty acids, because the brain can only use glucose and ketone bodies as a form of energy. This is called ketosis (naturally high concentration of ketone bodies in blood) and it should not be mixed with ketoacidosis which is a life-threatening state. Unfortunately even many specialist doctors make this mistake. Ketosis is not dangerous in any way and has many benefits for metabolism.

*Ketone bodies contain 4-5 kcal/g of energy, which means that 50% less energy is obtained from one gram of fat, and fat is burned more efficiently.

*Most people feel themselves more energized during ketosis (without the increase and decrease of blood sugar level the brain has a sustained source of energy).*Insulin concentration and the load for beta cells is reduced significantly, since great amounts of insulin is no more needed to take sugar in to cells

*Ketone bodies reduce the feeling of hunger. An unnoticed caloric deficit is usually caused by ketosis.

*Ketosis protects from the loss of muscle mass during weight loss. Most of the weight is lost as body fat.

*When implemented correctly, a ketogenic diet lowers cholesterol levels, visceral fat, the risk of cardiovascular diseases as well as low-grade inflammations in the body.

*When followed correctly, the threat of slip-ups is very low, since there isn’t a demand for carbohydrates in the body as in the non-ketogenic diet

*Can be a very efficient tool for normal-weight diabetics or in more severe cases of diabetes, when other methods do not help or are unavailable.

One misconception about ketogenic diet is that it always increases the level of LDL or “bad” cholesterol. These findings are mostly based on research made with epileptic children and
ketogenic diet where caloric balance is either zero or positive. In almost every study done on people with diabetes, metabolic disorders or excessive weight, major decrease in body
fat, blood sugar and blood pressure has been found. When implemented correctly, a ketogenic diet always has a positive effect.

Ketosis is a normal physiological reaction that has been developed in humans through evolution. Only for the last few decades people have lived in an environment where carbohydrates have been constantly available. Before that, our metabolism was more dependent on the food that was available at any given time. There were periods of excess energy and fasting. When carbohydrates were unavailable, our bodies started using ketosis reaction to protect our brains from the lack of energy. Our brains require approximately 500 kcal of carbs a day, which is up to one fourth or even more from the total energy consumption of the body. If it doesn’t get it from carbs, it has to get it from ketone bodies .Therefore ketosis is a natural physiological reaction – not an emergency.

How to reach ketosis safely?

The only way to monitor ketosis reliably is to measure ketone bodies from the blood. For this, special ketones strips are needed that cost approximately 3$/pc. Reaching the state of ketosis requires maintaining immaculate control on the amount of nutrients (fats, carbohydrates, protein) for a long period. Even small mistakes in the amounts of nutrients can prevent a stable ketosis. If a ketogenic diet is implemented incorrectly (without ketosis), it can do more harm than good , and excessive fat is gathered in the body. Ketogenic diet is traditionally based mostly on animal sources, so vegans have to restrict their food choices even more. Fatty foods contain very little amounts of fiber, so it is very important to make sure to have enough fiber in the diet for the health of the gut, without exceeding the amount of carbohydrates.

Ketogenic diet lacks fruits/berries that contain enough C-vitamin, so it’s recommended to take it as a supplement. 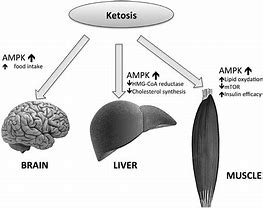 For the body to create a sufficient amount of ketone bodies, the amount of carbohydrates has to be restricted (under 25 g/day). Most of the daily energy has to come from fats (>75%). Protein must be obtained only so much to maintain muscle mass (0,8 – 1 g/day), but not more, because protein is turned into glucose in the liver, which is one reason why many people do not reach ketosis. It may take 2-4 weeks or even longer for the body to adapt to produce and use ketone bodies as energy. In the adaptation phase some side effects can occur which are called “keto flu”. In the adaptation phase, the following can occur:

Some of the symptoms are caused by the lack of “the ability” of the brain and other tissue to properly utilize ketone bodies and due to the shortage of glucose, they are “hungry”. Another problem is that, in a ketogenic diet, the need for fluids and electrolytes is a lot higher, and if it is not compensated, one could get dehydrated. Make sure to drink at least two liters or half a gallon of water a day, with some salt or mineral water if needed.

The good news is however, that the faster you’ll reach good ketosis, the faster you’ll feel better. When your body has fully adapted to ketosis, you’ll most likely feel more energetic than ever!
If you want to get to ketosis quicker and adjust your diet on daily basis, ketone bodies should be monitored through a blood test taken from your fingertips.

Monitoring of ketone bodies should be started a few days after starting the diet. At first the monitoring should be done daily, in the mornings, because it is the best time to evaluate the state of ketosis. The need to measurer ketone bodies decreases when the body stays in ketosis for longer and you get used to the diet/lifestyle.

The minimum target of ketone bodies in blood is 0,5 mmol/l. At the level of 0,5-1 mmol/l the body is partly resisting ketone bodies. For this reason, everyone who wants to get maximum benefit from a low carbohydrate diet, the target level should be > 1,0 mmol/l.

Note! There is no maximum limit for ketone bodies. It is impossible to produce dangerous amounts of ketone bodies with a diet! When implemented correctly, a ketogenic diet is completely safe and those who say otherwise, don’t understand the physiology behind ketosis. It is still important to pay attention to the following three things:

Drink enough fluids to prevent drying up. Dizziness, apathy, body temperature changes, thirstiness and dry mouth are typical symptoms of dehydration. If there is no specific reason to limit fluid intake, aim to drink two liters of water with food.

During a longer period of a ketogenic diet, it is smart to take water-soluble vitamins as a supplement, especially vitamin C. Take different medication, illnesses and other health-related situations into account. If you are unsure if a ketogenic diet is a safe choice for you or if you don’t know if it has an effect on your medication, you should definitely consult a doctor. Typical situations:
*Insulin treatment
*Kidney disease
*Too low blood pressure
*Diuretic medication
*Specific gastrointestinal diseases
*Problems with the concentrations of sodium, potassium, or other electrolytes
*Other genetic and metabolic diseases

Even though ketone bodies are the primary indicator on a ketogenic diet, it doesn’t mean that the total caloric intake can be forgotten. The total caloric intake should be similar to every other diet (depending on one’s goals). It is reasonable to begin a ketogenic diet with a negative caloric intake regardless of the goal of losing weight or not. This is because when the body depletes itself of carbohydrates in storage and ketosis can be reached faster, so the symptoms of keto flu will occur for a shorter period of time 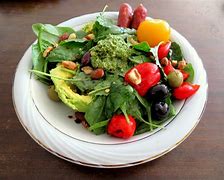 If your goal is to lose weight, it is necessary to adjust the caloric amount according to weight loss. For the first two weeks most likely regarding the caloric intake you will lose a few kilos of fluid that has been bound to carbohydrates. Only when the weight loss reaches a steady pace one can evaluate if the caloric intake is correctly estimated for weight loss. Even in the case of a ketogenic diet, physical rules are as valid as in any
other diet: energy obtained from food – consumed energy = difference in weight.

In a ketogenic diet, meticulous measuring of the weight of all food is necessary, as well as monitoring all macronutrients at least for the first couple of months. There are many online and offline tools and apps for that.

Over 75 % of all the energy should come from fats. Soft fats and omega-fatty-acids should be obtained sufficiently, but animal fats and hard fats should not be avoided during ketosis, because most of it is turned into ketone bodies anyway .Carbohydrate intake should be limited to up to 25 g a day. When a stable ketosis is achieved, carbohydrates can be increased a little bit, but at the same time the level of ketone bodies have to be monitored. Proteins should be consumed the amount that is left from the target caloric intake after fats and carbohydrates. 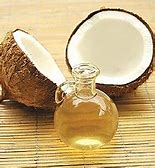 Note! Because coconut oil works so efficiently, it can also easily disguise errors in diet.
For example, the increase of ketone bodies can be achieved with coconut oil even when
an excessive amount of carbohydrates are consumed. However, it doesn’t mean that
metabolism works as it should. The body doesn’t form ketone bodies from existing body
fat, but rather from the coconut oil. This is why I recommend coconut oil only for little
amounts when starting the diet (and later as well) so that the level of ketone bodies stays
high even without it.

TIPS for the Ketogenic Diet

You are able to exercise as usual when following a
ketogenic diet. You will probably notice that you have more
energy than before. Only high level anaerobic exercise can
be slightly limited with someone following a ketogenic diet,
which is a slight cause for concern only for professional
athletes.

If alcohol has to be consumed, I recommend alcohol that
has no carbohydrates, such as whisky, light cider or long
drink. Alcohol as a nutrient prevents ketone bodies from
forming, so it should be limited to a minimum

A ketogenic diet requires a lot of planning and can restrict one’s social life if one can not eat the same foods as others. If you are going on a work trip, prepare meals at home and take them with you in meal prep containers. At a restaurant order food that fits your diet best: for example salmon and vegetables, mineral water as a drink. If you haven’t prepared any food or can’t go to a restaurant, buy a fatty snack such as sausage or cold cuts, avocado, cheese, nuts, etc.

When it is time to end ketosis, it is smart to add protein incrementally 1,5 g / kg / day and after that increase the amount of carbohydrates for two weeks, so that the body learns to use  glucose as energy once again. This is especially important for diabetics, so that sudden increases in blood sugar are avoided

You can find a Grocery list that includes everything keto here at https://thefitnessmink.com/healthy-recipes-2/